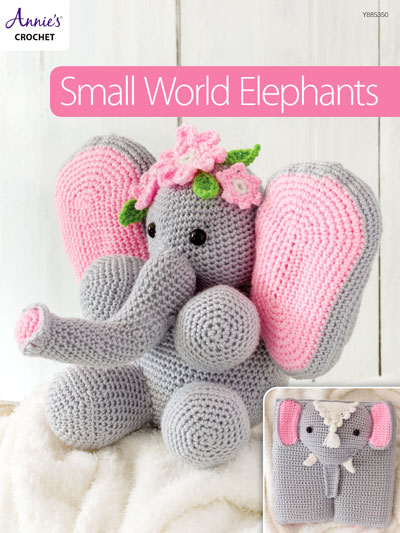 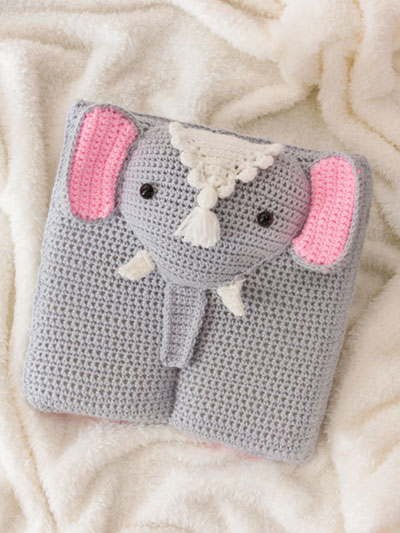 There is something about elephants that are so captivating and one of the best ways to share our love of this magnificent creature is through art of crochet.
This Was my first attempt at crocheting an elephant it wasn't pretty so I started over (my second attempt is shown below.)
Sometimes free crochet patterns are great and sometimes they don't work at too well. For instance I am an experienced crocheted and tried using the vintage Elephant Crochet pattern. I believe I was lost because the pattern started at the front leg unlike Amigurumi crochet toy patterns that work in the round and have individual pieces sewn together.
I am trying to crochet an actual elephant that isn't like a stuffed bear but that actually stands on four feet.
Download and Crochet the Above Elephant Pattern

Here is my attempt at crocheting an elephant it's going much better. 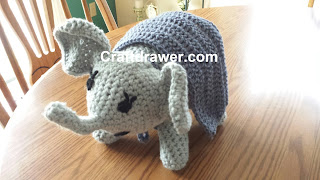 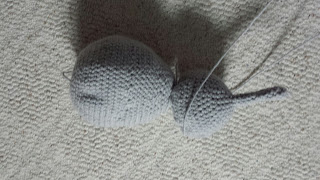 This pattern is much easier but again working with a free pattern I think there are some errors in the pattern and I am modifying it a bit. I am using Caron Grey One Pound Yarn

which works really well for crochet animals especially when adding the stuffing.
Right now I am working on the elephant legs and tail.  I have yet to decide it I will be crocheting a pair of tusks for the elephant.  I guess once his eyes are on I can see how he looks. 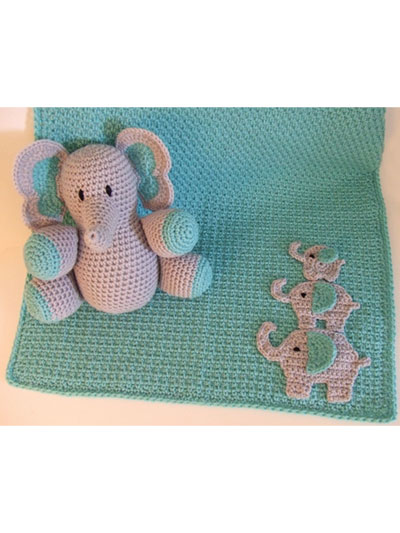 This will provide you with a variety of crochet patterns of elephants to choose from depending on what size and style you are looking for.
In my attempt to find the perfect elephant and animals to crochet I will also be purchasing the following crochet books to help me out in the future. I find that sometimes the purchased patterns have less errors and better guides than some of the free patterns.  It all depends on how well written the pattern is.

A Zoo For You
This is great book because in addition to the adorable crochet elephant pattern there is an entire zoo filled with animals in the eBook.  The patterns include Monkey, Brown Bear, Hippo, Tiger, Rhino, Giraffe, Polar Bear, Zebra, Elephant, Alligator, and Lion.

Cute Little Animals
If you are going for more of a character look in your elephant you might want to consider getting the Cute Little Animals Crochet Book. It features Millicent Rose is a 'libearian' by day and a bingo fanatic by night. Archibald Hiram wears his striped PJs whenever he's not at work as a financial advisor. Rumored peanut shortages keep Wesley the blue elephant from joining the circus. Then there is Lourdes, a preppie purple hippo. Roscoe (Newgate) Kidd is a pirate panda who escaped from the zoo long ago. Scooter Pup is a likeable little fellow whose teeth get him in trouble. From the paranormal files we have Nestor Lochland, A.K.A the Loch Ness monster. Never ones to wait for mischief, Chaos A. Cat and his baby sis, Calamity, are always on the lookout for adventure.
Cute Little Animals Available to Download or in Paperback

Cute Critters to Crochet eBook
This classic book features animals made with a hosiery egg but I would use stuffing instead because they don't make the eggs anymore unless you use the plastic Easter eggs.
Download Cute Critters Crochet Patterns